The dynamic history of the English printing process

Situated in the United Kingdom, GP Print LTD is immersed in the dynamic history of the English printing process. Prior to the Industrial Revolution and further advancements in technology, printing and copy relied on the work of Benedictine monks, who resided in monasteries and produced new forms of calligraphy and printing by producing copies of the Bible. 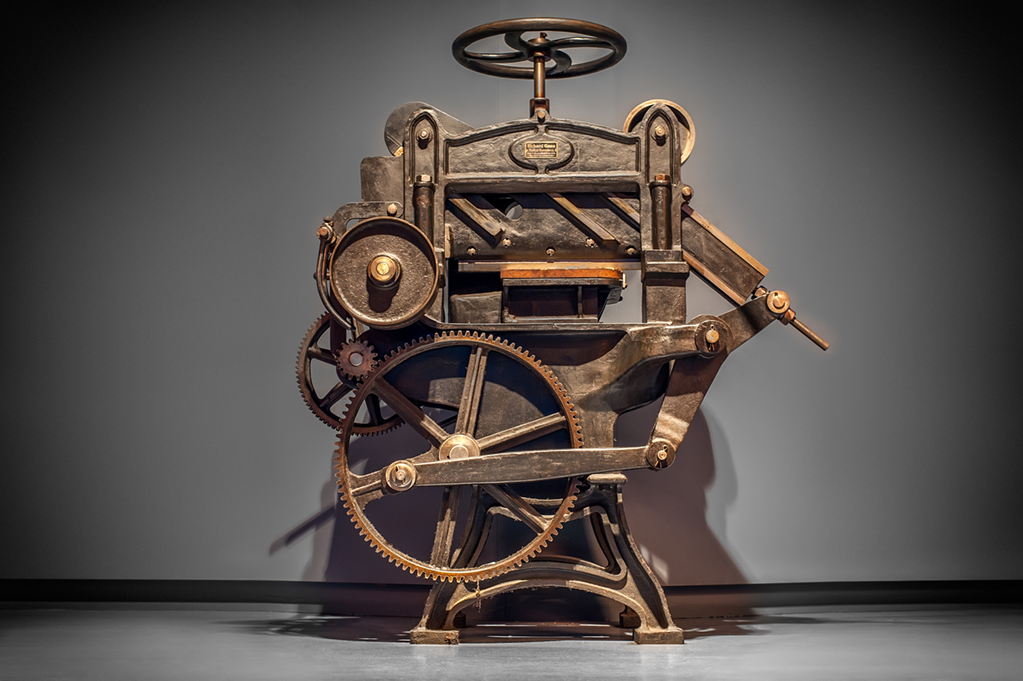 This act of labour would change drastically in 1440, where Johann Gutenberg invented the first printing press and revolutionised the means of printing forever. This allowed for texts to be printed at a much faster rate than previously, which boosted literacy with increased accessibility to books, thus improving the lives of the lower classes in the 15th century. Gutenberg’s changes to the press would leave a deep impression on history, allowing for independent research and education, which was often limited to the upper classes.

Compared to the Benedictine monks, Gutenberg’s use of the moveable type created over 180 copies of the Bible, which circulated in the 30,000 books which had been produced at the time. Gutenberg used a substance similar to oil paint in place of ink, coloured black with carbon. This paved the way for the mass production of texts that we see today, encouraging the development of new methods that improved durability of ink and the longevity of texts. While copies of Gutenberg’s bible reside in archives to this day, his invention lives on in the books we read, the newspapers that arrive at our doors and the photos that hang on our walls.

1 Likes
« Back to Articles
View All Articles

How she felt with GP Print

Evolution of the GP Print Brand

The dynamic history of the English printing process